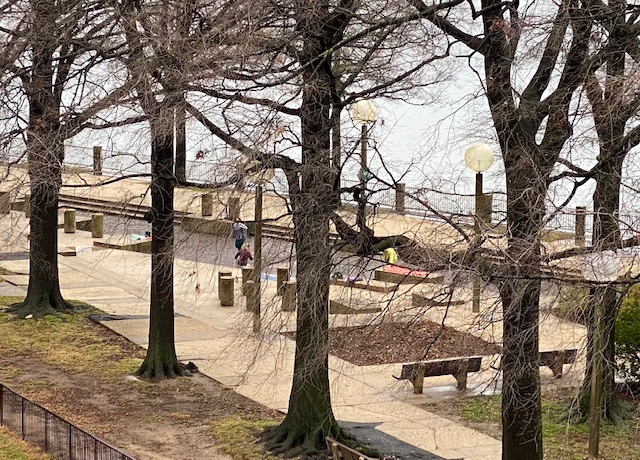 We rang in the New Year with big weather changes:  On Sunday, we spied neighbor Lori Murphy (Because You Can Fitness) leading students in an exercise class in the park in 60-degree weather.  A day later, we saw lots of people and dogs enjoying the winter wonderland that transformed the park a day later.  Some of the trees sustained damage from the heavy, wet snow.  We’ve informed the Park Service so that they can attend to the fallen limbs. 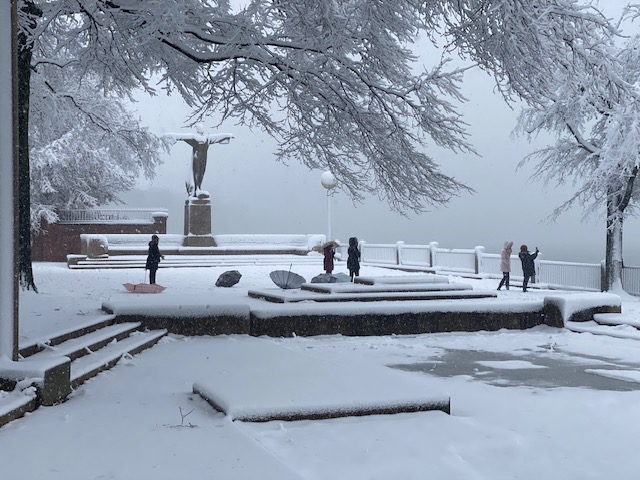 Major Renovations of the Park 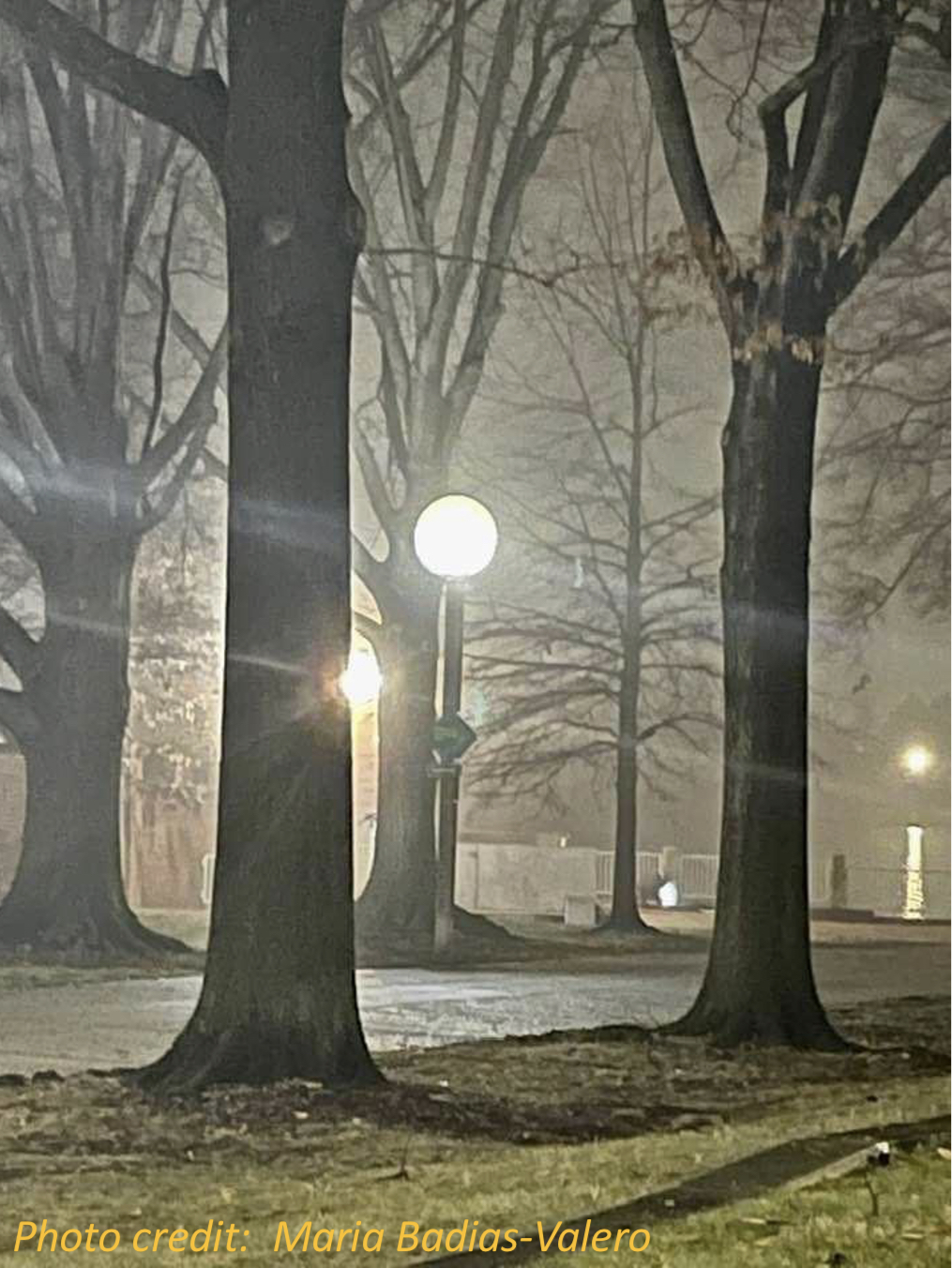 The National Park Service is seeking funding of up to $1 million to restore the concrete walkways throughout the park.  NPS is targeting 2024 - 2025 for this effort, and has begun the process of project formulation.  We are so happy that the process is moving forward for restoration of the park.

The NPS restoration project, while significant, does not cover the cost of all needed improvements.  The Friends will raise funding to support items not covered in the restoration plan, including wayfinding and interpretive signage, landscaping, and more.  Fundraising for these large items is a big step for us, and you'll hear more from us about this over the next few years.  Which leads us to our next highlight: 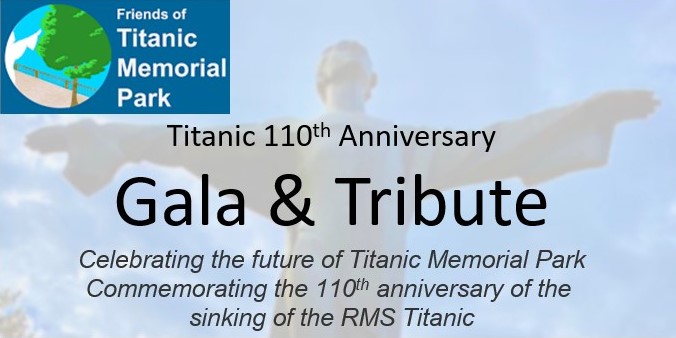 Tickets go on sale soon for the Titanic 110th Anniversary Gala & Tribute!  You'll receive an email later this month with more information a links to purchase tickets.  The Gala & Tribute will be held on April 16, 2022 at Arena Stage - the Mead Center for American Theater - from 6:30pm - 9:30pm.

We will have a Titanic-themed menu (provided by Distinct Taste Catering) and exciting speakers including Jeff Reinbold, Superintendent of the National Mall & Memorial Parks.

NOAA Benchmark in the Park 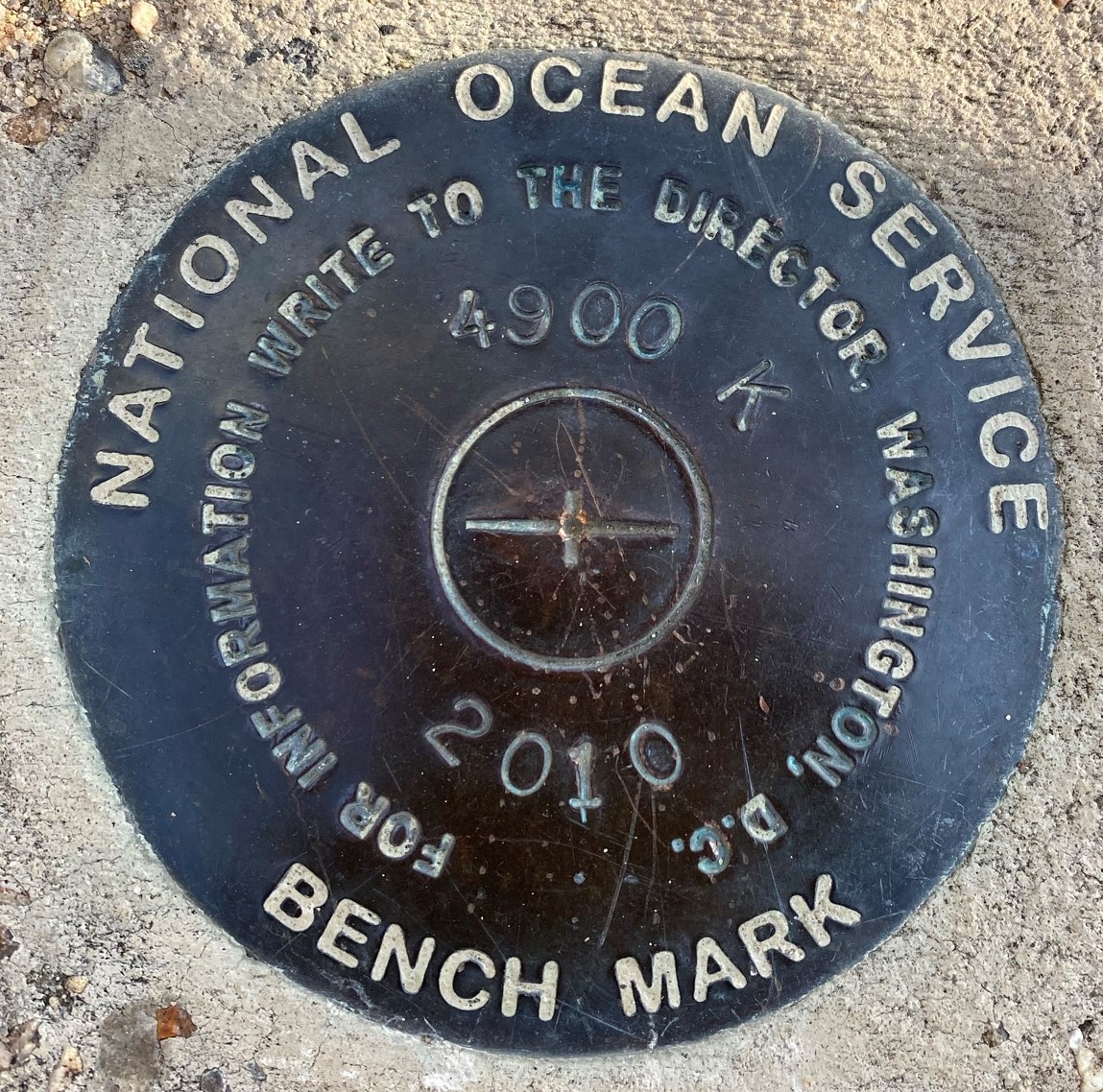 Friend Pierre shared a website that gives a bit of information about NOAA benchmarks like the ones in the Park:

Thanks for helping out, Pierre!