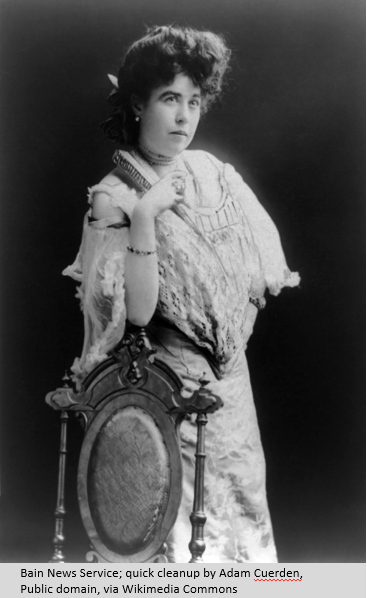 Margaret Brown was called "The Unsinkable Molly Brown" because she helped others board lifeboats before boarding Lifeboat No. 6 herself. She fiercely urged crewmen to row back and save more passengers. Her urgings were met with opposition from Quartermaster Robert Hichens, who feared if they went back the lifeboat would either be pulled down from suction or those in the water would swamp the boat in an effort to get in. Others voted not to go back, despite empty spaces.

After her rescue, Brown proceeded to organize a survivors' committee with other first-class survivors. The committee worked to secure basic necessities for the second- and third-class survivors, and even provided informal counseling. 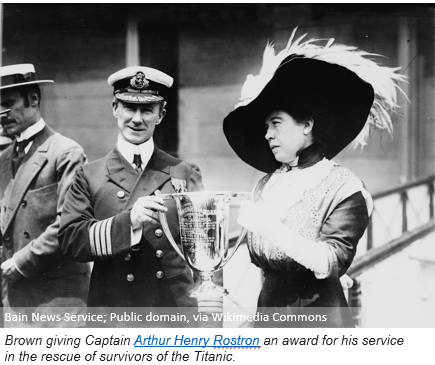 Margaret's fame as a Titanic survivor helped her promote issues she felt strongly about: workers’ and women’s rights, children’s education and literacy, historic preservation, and commemoration of the bravery displayed by men aboard the Titanic. During World War I she worked with the American Committee for Devastated France to rebuild areas behind the front line and helped wounded French and American soldiers. She was awarded the French Légion d'Honneur for her good citizenship, activism, and philanthropy in America. In 1985 she was inducted into the Colorado Women's Hall of Fame.

Did survivor fame give her a lifelong social platform?