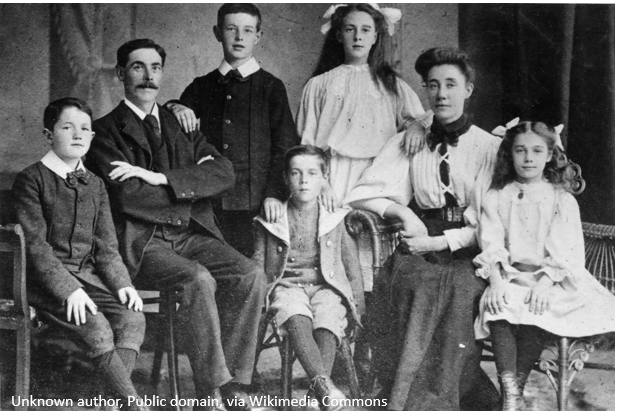 Frederick and Augusta Goodwin and five of their six children, Frederick, Charles, Harold, Lillian, and Jessie and (Baby Sidney not in photo)

Frederick Goodwin was emigrating with his family to the USA, intending to work at a Niagara, NY power station. The coal strike limited work in Southampton England, their home. Uncles and aunts provided travel funds. The entire family perished. 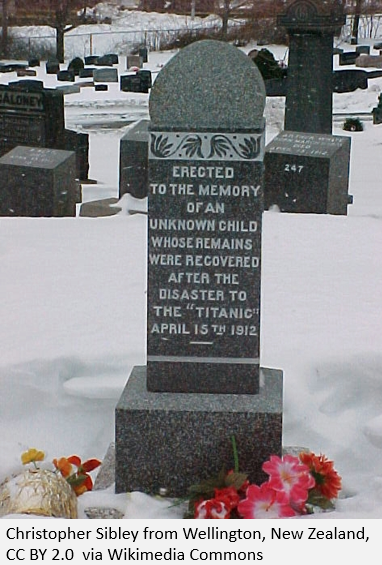 The recovery crew found that what looked like a bundle of clothing was actually a small child, and were moved to honor him.  The people of Nova Scotia provided a full funeral service and proper burial for this unknown child.  The tomb was for all of the unidentified children lost in the disaster.