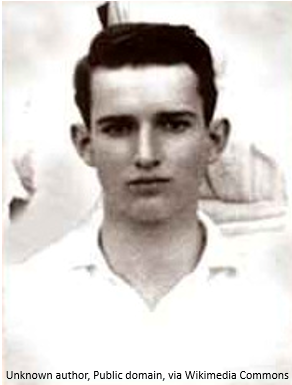 John Borland Thayer Jr, known as Jack, was a 17-year-old freshman at Yale, returning from a vacation in Europe with his parents.  Feeling a strange bump, he quickly went on deck to see what happened.  Waking his parents and, all dressed warmly, they went to the lifeboats where Jack lost sight of them. Not permitted to board a lifeboat, he and fellow passenger decided to jump.

Jack, a strong swimmer, reached overturned Collapsible B, one of 4 collapsible boats.  It had not been launched but fallen upside and floated off at 2:15 a.m. He managed to climb onto the keel, struggling with others to keep the boat steady.  After several hours, he was hauled into Lifeboat 12 and taken to the Carpathian, where he was united with his mother.  His father did not survive 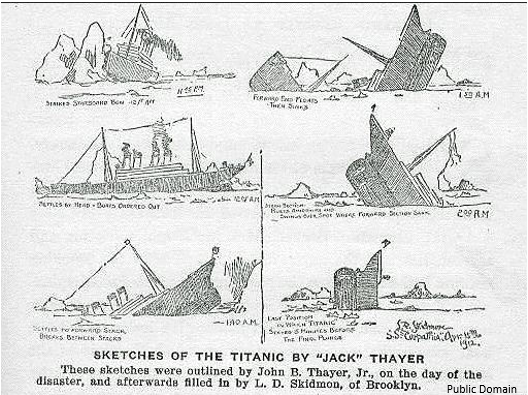 Jack was one of 40 people to survive jumping or falling into the water. He recalled seeing "groups of the fifteen hundred people still aboard, clinging in clusters or bunches, like swarming bees; only to fall in masses, pairs or singly as the great afterpart of the ship, two hundred fifty feet of it, rose into the sky." He heard the swimmers crying for help, which sounded “like the high-pitched hum of locusts on a midsummer night in the woods back home in Pennsylvania.” Then silence.