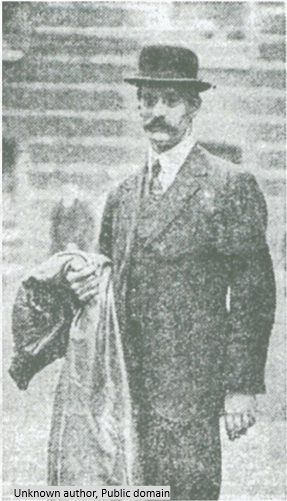 John Edward Hart was a third class steward on the Titanic.  He was in charge of 58 third class passengers whom he helped don life jackets, a difficult task due to language problems and lack of information of the impending danger.

He then led two separate groups from third class to the boat deck, the first group to Lifeboat 8, where they kept jumping out of the lifeboat and going inside to keep warm.  Going below, he rounded up a second group, a complicated task because women refused to go without their husbands and the men demanded that they go too (which was strictly not allowed).  He finally succeeded in taking them to board Lifeboat 15.

Hart testified that the gates that separated third class from the rest of the ship were open.  Despite wanting to return to lower decks to lead another group to the lifeboats, Officer Murdock ordered Hart to get into a lifeboat to help row.