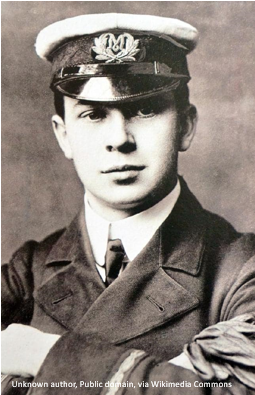 Jack Phillips and Harold Bride were the two British wireless telegraphists. Both worked with the Marconi Company, Phillips starting in 1906 and Bride in 1911.

Once aware of the ship’s danger, Philips sent out CQD and an SOS message. Bride quipped ”Send SOS. It’s the new call, and it may be your last chance to send it!” Bride reported that Phillips continued working after Captain Smith released them. Both men were swept overboard. Phillips perished but Bride found himself beneath capsized Collapsible B. He climbed on top and survived with 15 others. Bride assisted the Carpathia wireless operator after his rescue. He had to be carried off of the Carpathia due to injuries to his feet. He continued to work as a Marconi officer aboard ship vessels and died in 1956. 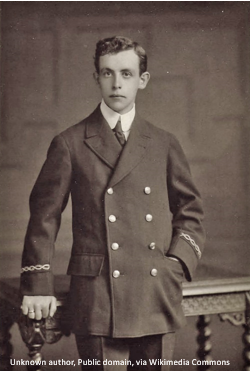