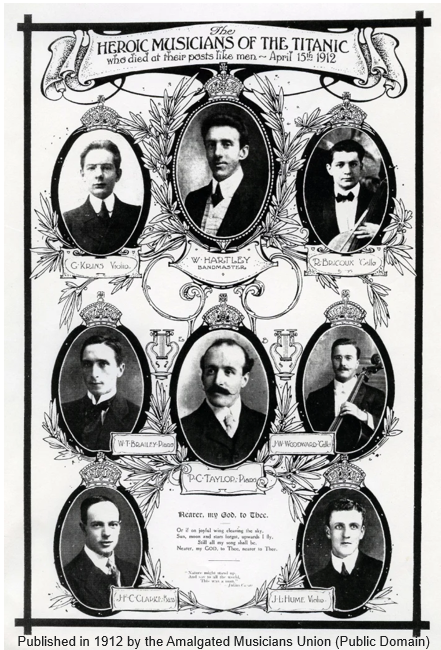 The eight musicians are perhaps some of the most honored heroes of the Titanic tragedy. According to lore, the band chose to stay together until the very end, playing ragtime music to calm passengers boarding lifeboats.

A passenger noted: "Many brave things were done that night, but none were braver than those done by men playing minute after minute as the ship settled quietly lower and lower in the sea. The music they played served alike as their own immortal requiem and their right to be recalled on the scrolls of undying fame."

Was the song “Autumn” a hymn, or ragtime?