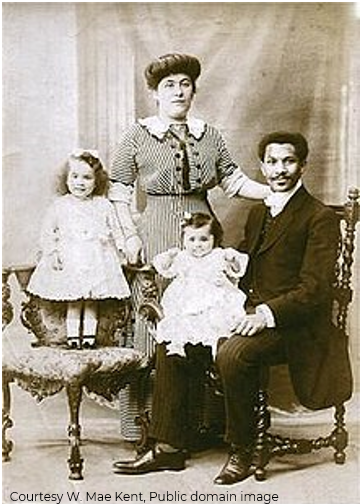 Joseph Philippe Lemercier Laroche, a Haitian engineer, and his two daughters were the only Titanic passengers of known African ancestry. He trained in France and married a French woman, Juliette Lafargue. Racial discrimination made it hard for him to find work.  Rather than rely on his in-laws for income, he decided to return to Haiti. His uncle Cincinnatus Leconte, the President of Haiti, arranged a job for him there as a math teacher.

Joseph chose to travel Second Class so they could eat with their daughters. Children were not allowed in the first class dining room.

On the night the ship sank, he placed all their valuables in his pockets and put his pregnant wife and daughters on a lifeboat. They survived but he did not. Juliette returned to her family in France, where she gave birth to Joseph Lemercier Laroche on December 17, 1912.

What would you have done with
no money, no family, no English?