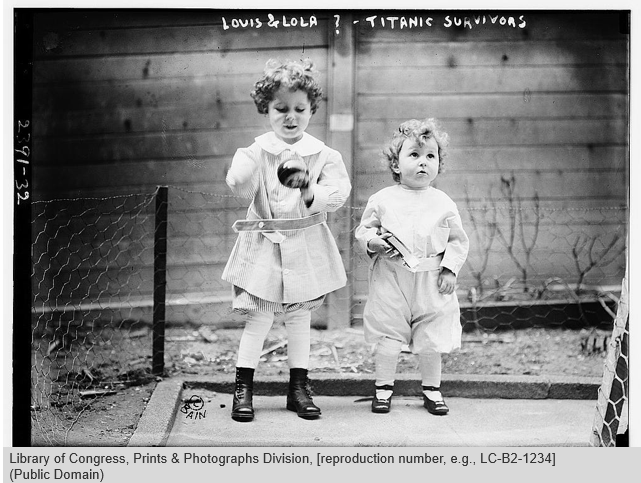 Unbeknownst to their mother, Michel Navratil took their two sons, who were lost to him in a custody battle. He borrowed a friend’s passport, and boarded the Titanic traveling under the friend’s name.  Passed hand-to-hand into Collapsible B, Michel and Edmond Navratil survived. Irish lass Mary Kelly comforted the babes until they boarded the Carpathia. 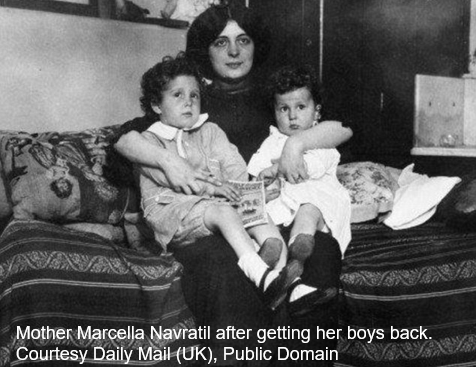 Nobody knew who they were when they landed in New York. Thanks to wide newspaper coverage in France, their mother Marcella Caretto Navratil was able to get her boys back.

What would you remember if you were 4 years old?